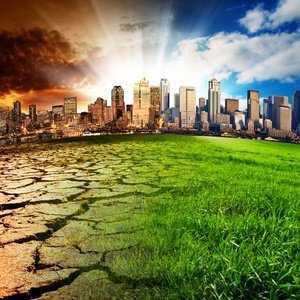 It may sound like a post-apocalyptic movie, but delegates to the Adaptation Futures 2018 conference in Cape Town heard that these climate change effects were already happening around the world, and warned that, if we as a global society continued pumping greenhouse gases into the air with a business-as-usual attitude, they would get worse.

Ovais Sarmad, deputy executive secretary for the UN Framework Convention on Climate Change, told delegates that last year 8.8 million people had been displaced because of climate change and natural disasters. That translated to 2 000 people being forced to leave their homes every hour.

Sarmad, who spent 27 years working with migrants, had first-hand experience of the “devastating” impacts natural disasters had on communities and families.

“The impact of climate change is more visible than ever before. Events once thought impossible are happening.”

One of these was a ship crossing the Arctic in February because the sea ice was at a record low because of rising global temperatures.

Sarmad said what was needed was for the world to create a future that was more resilient to climate change impacts, and the goal must be to identify new ideas and solutions to the problem of climate change.

This is the fifth international climate change Adaptation Futures conference, which will run to June 21, and the first to be held in Africa. The 1 300 delegates will focus on finding solutions to tackling the effects of climate change, which had already been set in motion from the rising global temperatures caused by the build up of greenhouse gas emissions, mainly from burning oil and coal.

Patrick Child, deputy director general for research and innovation at the European Commission, said while the target of the Paris agreement had been to keep the average global temperature increase to well below 2°C, already the planet’s average temperature had increased by 1.1°C from what it was at pre-industrial levels.

It was clear that the commitments to cut emissions made by world governments was not enough to keep the temperature increase below 2°C, he said.

“In 2017, there was an unusual number of hurricanes and there was major monsoon flooding. There were droughts in Africa and in Cape Town… The Antarctic melting increased by three times. 2017 had the highest recorded economic losses associated with severe weather events,” Child said.

It was urgent that carbon emissions be cut by all of us.

“And there is an urgent need to cut dependence on fossil fuels, including here in Africa.”

Kevin Austin, deputy director for C40 Cities, released a new research report at the conference: The Future We Don’t Want, which outlined how the world’s greatest cities would be affected by climate change by 2050.

Austin said Cape Town was already experiencing the effect of declining water availability. “This is a future no one wants. But all is not lost.”

Cities around the world were taking action at the local level and delivering solutions, which varied from planting trees in city centres to reduce heat impacts, to conducting urban agriculture to boost food security.

While cities did not generally decide on issues like a nation’s energy supply, and whether it involved fossil fuels or not, cities could nevertheless cut carbon emissions in other ways, for instance introducing regulations that ensured the most energy efficient lighting, heating and cooling systems in buildings.

The conference is hosted by UCT’s African Climate and Development Initiative, Department of Environmental Affairs, Provia and Sanbi