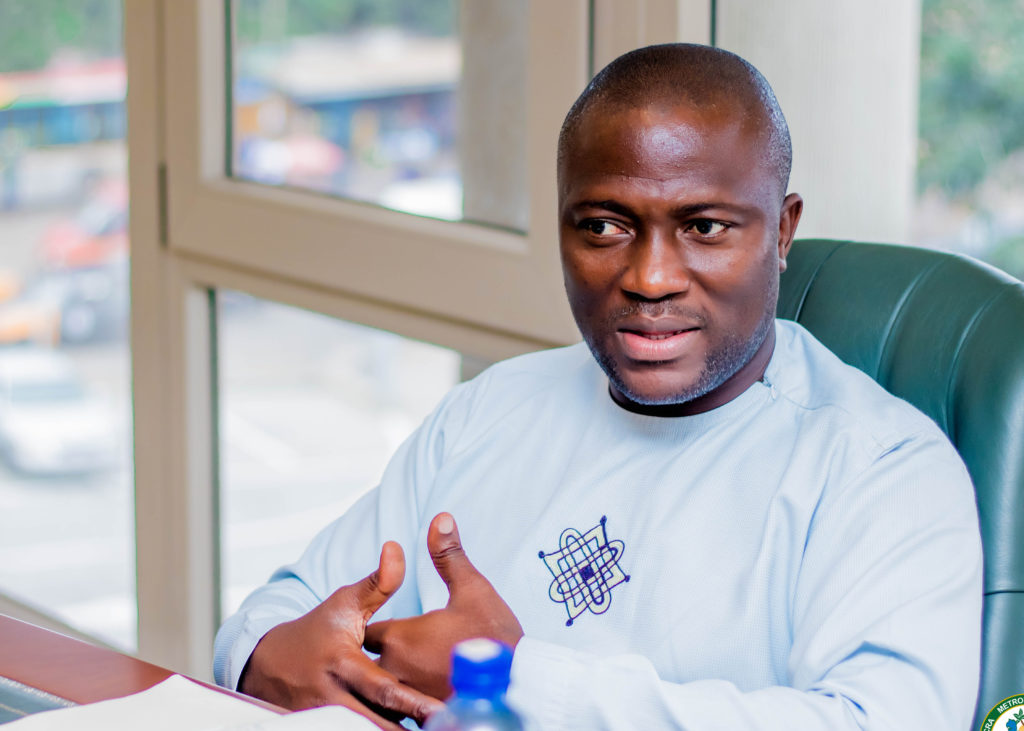 STATEMENT BY MAYOR OF ACCRA, MOHAMMED ADJEI SOWAH, REGARDING CLIMATE LEADERSHIP ROLE
WITH THE GLOBAL COVENANT OF MAYORS FOR CLIMATE & ENERGY

As board member, Mayor Mohammed Adjei Sowah will continue to make major strides in the fight against
climate change and galvanize equally ambitious city action around the world

May 16, 2019– Today, Mayor Mohammed Adjei Sowah announced he has been invited to join the board of the city-led Global Covenant of Mayors for Climate & Energy – the largest coalition of over 9,200 cities committed to climate change – working to advance climate action both here in Accra and around the world. In this role, Mayor Sowah will work to galvanize city climate action across Africa, set the strategic direction of the organization and work to elevate the voice and role of cities on the global stage. Mayor Sowah’s role on the board of the Global Covenant of Mayors is a strong acknowledgment of both the work being done in Accra and the strategic importance of the region in the international fight against climate change.

More than 110 African cities are now signatories of the Global Covenant of Mayors, representing a total of 109 million people and those cities have demonstrated a strong will to cut emissions and tackle the effects of climate change.

Some initiatives Sowah hopes to achieve include the development of more sustainable transportation, the use of renewable resources in public spaces and the launch of open-space greening projects, just to name a few. Accra is growing at a rate of 3.8% annually and plans to become the most vital economic hub of Africa. Yet, Ghana’s economy has been taking a hard hit from poor sanitation costs, pushing the country’s government to pledge to make the capital the cleanest city in Africa. Accra has also pledged to deliver inclusive climate action that benefits all citizens and to deliver share of emissions cuts to meet the Paris Agreement’s expectations by next year.

“It is an honor to join the Board of the Global Covenant of Mayors and to sit with peers from cities across the world. The direct link that we, mayors, have with our citizens and the impact cities can have on people’s daily life make it one of the most relevant levels of action to fight climate change. Accra is committed to continuing to take urgent action on climate change and being a proactive player in partnering with local and international development partners to implement bold local initiatives that impact globally.”

Maroš Šefčovič, Co-Chair of the Global Covenant of Mayors, Vice President of the European Commission, responsible for the Energy Union: “African development priorities, such as access to clean energy, are intrinsically linked to sustainability. Cities in Sub-Saharan Africa can lead the way by curbing emissions and developing in a climate-smart way, including by adapting to the inevitable climate impacts. We are very pleased to welcome the expertise and leadership of Mayor Sowah to the GCoM Board.”

Michael R. Bloomberg, co-chair of GCoM and UN Special Envoy for Climate Action: “We are excited to welcome Mayor Sowah to the Global Covenant of Mayors Board. His leadership in Africa, and globally, is proof that taking action to fight climate change can become an opportunity for a better quality of life for all citizens, as well as a solution to the immediate impacts that cities are facing.”

The Global Covenant of Mayors for Climate & Energy formally brings together the Compact of Mayors and the EU Covenant of Mayors, the world’s two primary initiatives of cities to assist cities and local governments in their transition to a low-carbon economy, and demonstrate their global impact. Led by UN Secretary-General’s Special Envoy for Climate Action, Michael R. Bloomberg, and European Commission Vice President, Maroš Šefčovič, the coalition comprises more than 9,200 cities across 6 continents and 132 countries, representing over 800 million people or 10.59% of the global population.