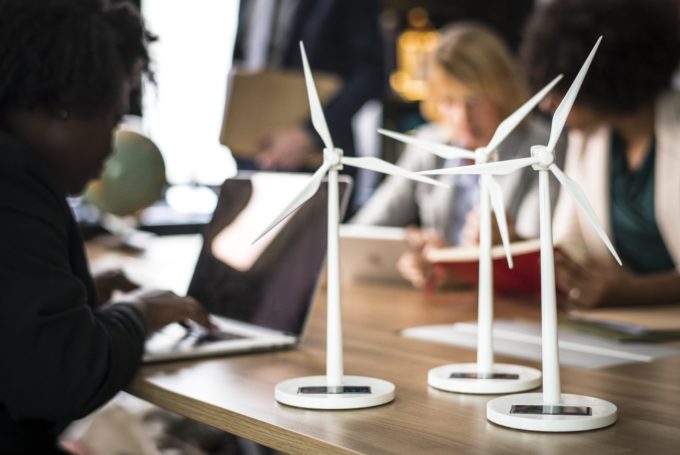 Mayors of 26 cities commit to create Green & Healthy Streets in pledge to procure only zero-emission buses from 2025 and ensure that major areas of their city are zero emission by 2030.

Action will prevent 11,000 premature deaths per year, from air pollution

More than 70 mayors commit to develop and begin implementing ambitious climate action plans by 2020 and become emissions neutral by no later than 2050.

815 cities signed the One Planet Charter to reinforce their commitment and take continued actions to reach a zero emission buildings and zero waste objective.

San Francisco, CA (14 Sept 2018) — Mayors of the world’s greatest cities have reaffirmed their commitment to delivering on the highest ambitions of the Paris Agreement. Through a series of bold pledges, unveiled at the Global Climate Action Summit in San Francisco, cities are committing to the specific climate action and policies needed to keep global temperature rise to below 1.5℃.

12 cities – Birmingham, Greater Manchester, Honolulu, Medellin, Oslo, Oxford, Rotterdam, Santa Monica, Seoul, Tokyo, Warsaw, & West Hollywood – representing more than 140 million urban citizens have committed to deliver a zero emission mobility future. By signing the C40 Green & Healthy Streets Declaration, the pioneering city leaders pledged to procure only zero-emission buses from 2025 and ensure that a major area of their city is zero emission by 2030. The policies are designed to fight air pollution, improve the quality of life for all citizens, and help tackle the global threat of climate change.

Analysis of the air quality in these cities reveals that the policies announced today could prevent 11,000 premature deaths per year.

The One Planet Charter is a joint initiative driven by C40, the Global Covenant of Mayors for Climate & Energy and ICLEI, highlighting more than 1,700 commitments made by cities around the world to build sustainable and resilient infrastructure, products and services, while also recognizing the importance of working closely with national governments and business sectors to mobilise global climate action.

38 cities, regions and businesses have committed to significantly cut greenhouse gas emissions in new and existing buildings as part of the World Green Building Council’s Net Zero Carbon Building Commitment. Cities signing the Net Zero Carbon Buildings Declaration have pledged to ensure all buildings in the cities, old or new, will meet net-zero carbon standards by 2050. Reducing annual buildings emissions to zero in just the 19 C40 signatory cities is equivalent to removing 190 megatonnes of CO2e, or the emissions of 47 coal-fired power stations.

The powerful message that “Climate Change Isn’t fair”, highlighting the importance of inclusive climate action, has been seen on billboards across San Francisco this week. The sites were generously donated by JCDecaux Group.

These commitments and policies are each designed to deliver urgent, large-scale climate action, which scientists agree is necessary to prevent catastrophic climate change and keep global temperature rise to below 1.5℃ – the highest ambition of the Paris Agreement. Through C40’s Deadline 2020 Initiative, mayors of 72 cities worldwide, representing 425 million citizens, have publicly committed to develop and begin implementing ambitious climate action plans by 2020, in order to achieve the highest goals of the Paris Agreement at the local level. These plans will see many more cities rapidly join the 27 C40 cities that have already peaked their greenhouse gas emissions, and become emissions neutral by no later than 2050.

These mayors join more than 9,000 others who have committed to action – including planning as well as implementation and regular progress reporting – consistent with the Paris Climate Agreement through the Global Covenant of Mayors for Climate & Energy.  Combined the impact of these commitments could achieve annual reductions of 1.4 Gt CO2e in 2030 and 2.8 Gt CO2e in 2050 from BAU.

Globally, cities made 244 commitments in urban resilience, committing to developing by end of 2020 an inclusive climate mitigation and adaptation plan that benefits all citizens equitably. In addition, 443 commitments have been made in renewable energy, including through ICLEI’s 100% RE Energy Cities and Regions Network, pledging to moving towards 100% renewable electricity (city-wide) by 2035, and 100% renewable energy (including electricity, heating and cooling, and transport) by 2050.

These bold commitments will ensure cities deliver their fair share of emissions reductions to keep global warming within the boundaries that scientists tell us is safe.

25 Cities & Regions committed to the Advancing Towards Zero Waste Declaration: