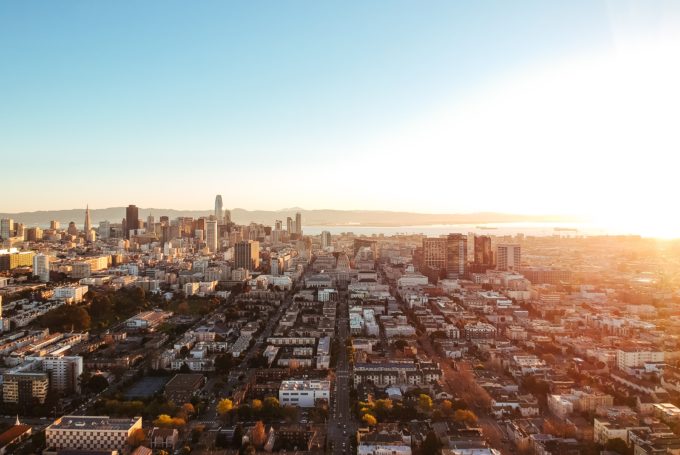 Global Covenant of Mayors for Climate & Energy’s Cities Have Committed to Reducing Emissions Equal to Removing all U.S. Cars Off the Road

San Francisco, USA, 10 September 2018 – Leading up to the Global Climate Action Summit, the Global Covenant of Mayors for Climate & Energy (GCoM), the largest international alliance of city networks and their members committed to raising the global ambition for climate action, today announced that the collective impact of current commitments made by cities and local governments around the world have already exceeded 1/3 of global city potential in 2030[1]. To ensure these commitments are met, GCoM is launching groundbreaking measures and tools on data management that will help cities tackling climate change, bringing them closer to reaching the Paris Agreement goals.

To further support city contributions to climate action, the Global Covenant of Mayors announced that, as of January 1, 2019, a new global framework for reporting city greenhouse gas emissions inventories will go into effect. By harmonizing city climate data reporting and making data available in open platforms for cities to learn from each other, cities will not only be able to quantify and compare their results, but will also for the first time use an approach for quantifying their impact that is consistent with that of national governments. Cities’ need for science-based climate action has been voiced through the Edmonton Declaration, a bold call-to-action for cities of all sizes to seriously consider the role of scientific research and data for climate action, by more than 4,000 signatories to date.

The Environmental Insights Explorer, resulting from a partnership between GCoM and Google will provide cities with instant access to greenhouse gas emissions data, allowing local governments to develop data-based climate action plans and facilitate urban climate action based on science and evidence. The platform combines data and the unique analytical capabilities of Google with GCoM’s global network of cities and mayors to bring critical information to cities on their environmental health. The tool will enable cities to access Google’s proprietary data to assess emissions from the buildings and transportation sectors.

Together, the new reporting framework and the Google tool will provide cities with the resources they need to not only quantify city-level climate action but also enable them to harmonize their measurements with regional and national government efforts.

Michael Bloomberg, Co-Chair of the Global Covenant of Mayors, UN Secretary General’s Special Envoy for Climate Action, Co-Chair of the Global Climate Action Summit: Cities are making great progress in cutting emissions and better data will help them do more, faster, to help us reach our Paris goals – and that’s why this new global standard and new partnership with Google are both so important. They will arm cities with a wealth of valuable new data to target emissions – and new evidence to help smart strategies spread.

Maroš Šefčovič, Co-Chair of the Global Covenant of Mayors, Vice President of the European Commission, responsible for the Energy Union: Cities are the driving force behind climate action – and what we continuously hear is that they want to do more. But many small and mid-size cities, especially those in the Global South, experience resource limitations that present a roadblock. Connecting them with vital GHG emissions data is the first step in enabling them to take the science-based climate action needed to increase urban resilience and improve the well-being of citizens.

Rebecca Moore, Director of Google Earth Outreach: Data-driven solutions are key to unlocking the climate challenge, and many cities lack the resources to gather the data on their own.  When it became clear to us that Google’s comprehensive global mapping data and computing technology could be used to derive critical new climate-relevant knowledge for cities, we committed enthusiastically to this effort. The Environmental Insights Explorer provides cities with easy access to estimates of local building and transportation emissions data, as well as renewable energy potential, leading to more globally-consistent baselines from which to build policies, guide solutions, and measure progress.  Our launch today with GCoM and pilot cities is one step on a journey to accelerate global action toward a low-carbon future.

Patricia de Lille, GCoM Board Member and Mayor of Cape Town, South Africa: Today’s announcements help cities worldwide leverage the power of data to make their communities greener, more resilient and CO2 efficient. The Environmental Insights Explorer will provide cities with crucial environmental data, helping them unlock further ambition. And when cities step up to increase their ambition, national governments must do the same – it’s the only way to achieve the Paris Agreement.

Don Iveson, Mayor of Edmonton, Canada: Through the Edmonton Declaration more than 4000 cities have come together to call for science, technology and data to help them meet their climate goals.  Google’s innovative new tool is an initial response to this call and will provide cities of all sizes with the data they need at no cost – saving cities valuable time and money and enabling them to redirect those resources toward further actions.

Note to editors
About the Global Covenant of Mayors for Climate & Energy: The Global Covenant of Mayors for Climate and Energy is the largest global coalition of cities and local governments voluntarily committed to actively combatting climate change and transitioning to a low-carbon and climate resilient economy. Led by UN Secretary-General’s Special Envoy for Climate Action, Michael R. Bloomberg, and European Commission Vice President, Maroš Šefčovič, in partnership with local, regional and global city networks, the Global Covenant has thousands of city signatories across 6 continents and more than 120 countries, representing over 700 million people or nearly 10% of the global population. Learn more at: www.globalcovenantofmayors.org

About Google: Google LLC is a publicly traded U.S. multinational technology company, and a subsidiary of held by Alphabet, Inc. Google’s mission is to “organize the world’s information and make it universally accessible and useful.” In practice, this has led to the development of a wide array of primarily internet-related products and services, from its signature search engine to online advertising systems, cloud computing, software (e.g. Google Maps and YouTube), and hardware. We strive to build sustainability into everything we do. The path to a cleaner, healthier future begins with the small decisions we make each day. That’s why we’re committed to making smart use of the Earth’s resources, and creating products with the planet in mind. We constantly look for ways to be even more responsible in our use of energy, water, and other natural resources — and to empower others to do the same.

For more information about the Google tool, please visit: insights.sustainability.google

About the Global Climate Action Summit: The Global Climate Action Summit takes place Sept. 12-14, 2018, in San Francisco under the theme “Taking Ambition to the Next Level.” To keep warming well below 2 degrees C, and ideally 1.5 degrees C—temperatures that could lead to catastrophic consequences—worldwide emissions must start trending down by 2020. The summit will showcase climate action around the world, along with bold new commitments to give world leaders the confidence they can go even further by 2020 in support of the Paris Climate Change Agreement. The summit’s five headline challenge areas are: Healthy Energy Systems, Inclusive Economic Growth, Sustainable Communities, Land and Ocean Stewardship, and Transformative Climate Investments. Many partners are supporting the summit and the mobilization in advance including Climate Group; the Global Covenant of Mayors; Ceres, the C40 Cities Climate Leadership Group; BSR; We Mean Business; CDP, formerly the Carbon Disclosure Project; the World Wide Fund for Nature; and Mission 2020.