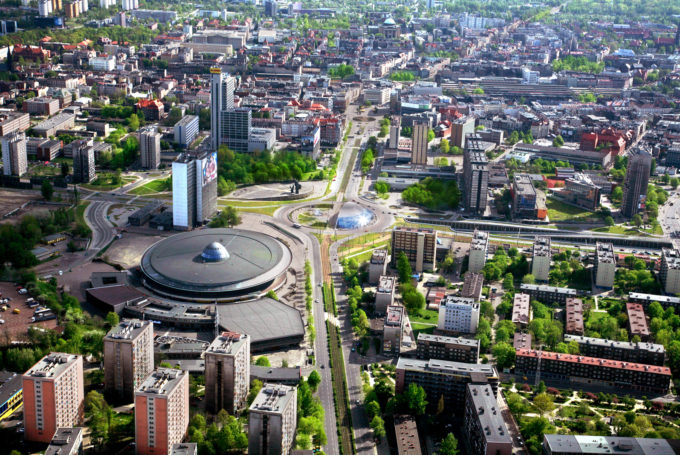 Leading scientists from the IPCC recognize the impact and importance of mayors and local leaders in tackling climate change, and make science accessible for Urban Policymakers to take action locally.

18 IPCC lead authors from the 5 chapters of the 1.5°C Special Report summarize key information for cities, with help from city practitioners and NGOs.

Katowice, Poland, 10 December 2018 — The science is clear: we have to act now to prevent catastrophic climate change…and cities offer a unique opportunity to limit global temperature rise. These are some of the key findings of the Summary for Urban Policymakers of the IPCC Special Report on Global Warming of 1.5 ° C, launched today at the COP24 climate negotiations in Poland.

The climate science from the IPCC’s SR1.5 report is unequivocal: allowing global temperature rise to exceed 1.5°C will disrupt basic social and economic activities around the world with the most extreme consequences for much of the population in the Global South.

While global leaders and climate experts gather in Poland to develop solutions and commitments that can deliver on this science-based goal, the Summary for Urban Policymakers offers an indispensable tool for city officials and decision makers. As global population and economic centers, cities are key to delivering a 1.5°C future. How the world’s cities develop in the years ahead will have a major impact on global efforts to curb global temperature rise and prepare for the effects of climate change already underway in a warming world.

The report details how all 1.5°C-consistent pathways require action in and by cities, because:

The report also finds that collaboration across all levels and sectors is the key: to change the trajectory of global temperature increases, we have to act now and together across all levels – locally, regionally, nationally, and globally.

The Global Covenant of Mayors and C40 Cities convened eighteen authors from the IPCC Special Report on Global Warming of 1.5°C to develop the Summary for Urban Policymakers with input from city officials. This report follows a campaign launched by C40 and partners in 2016 to raise the profile of urban issues in the IPCC, and follows the successful Conference on Cities and Climate Change Science held in Edmonton in March 2018. It responds to the Edmonton Declaration, through which cities challenged the academic and business community to support city climate science & innovation. It is also an initial outcome of GCoM’s Global Climate Action Accelerator, Innovate4Cities, which supports leading scientists, local officials, and NGOs working together to make science accessible and relevant to cities.

Anne Hidalgo, Mayor of Paris, Chair of C40 Cities and Board Member of the Global Covenant of Mayors: “For more than a decade now, mayors of the world’s great cities have been the loudest voices calling for bold and urgent climate action, because we are conscious of the threat it poses to our citizens. We have committed to deliver on the 1.5°C target of the Paris Agreement because it is clear this offers the best hope of securing a healthy, prosperous and sustainable future for all citizens around the globe. Cities are ready to lead on the transformations necessary to secure the future that we want, the future we can trust.”

Amanda Eichel, Executive Director, Global Covenant of Mayors for Climate & Energy: “There is no historical precedent for this kind of coordination, and systemic change at this scale will require a coordinated effort on many fronts, as well as solution-driven and outcome-oriented partnerships. The Summary for Urban Policymakers of the IPCC SR1.5 is a first step in that direction and something our new Innovate4Cities initiative aims to replicate.”

Mark Watts, Executive Director, C40 Cities: “The sobering conclusion of the Summary for Urban Policy Makers is that we need to pursue aggressive strategies to limit global heating to 1.5°C, while preparing our towns, cities and regions for warming already underway. 1.5°C is likely to become the most important number in human history. It is already the target adopted by C40, since 2016, as the level of ambition needed to be part of our network. Thanks to this report every city leader worldwide can now match that level of ambition.”

Michael R. Bloomberg, co-chair of GCoM and UN Special Envoy for Climate Action: “Cities are on the front lines of climate change, but they also are uniquely positioned to lower emissions. Mayors around the world are eager to lead, and this report will help them take action.”

Debra Roberts, Co-Chair of Working Group II of the Intergovernmental Panel on Climate Change (IPCC): “The science is unequivocal – the urban system is one of four global systems in which we need rapid, far reaching and unprecedented change if we are to limit global warming to 1.5 o C. The report is clear that this ramping up of urban climate ambition should begin today if we are to see a just transition to a sustainable, low carbon, climate resilient world.”

Aromar Revi, Director, Indian Institute for Human Settlements, Coordinating Lead Author of the IPCC SR 1.5 Chapter 4 and Coordinating Lead Author of the Summary for Urban Policymakers: “Cities are beacons of hope in the gloom of the climate and development crisis. Sustainable cities and regions can help us simultaneously address the development challenges of poverty, job creation and inclusion along with accelerated climate action. They are the key to a successful a 1.5°C transition by helping decarbonize our economies; transform our energy, industrial and agriculture systems and conserve ecosystems. The productivity, resilience and promise of a better life that draw billions to urban areas, should give countries the courage to partner with them in decisive climate action and implementing sustainable development.”

The Global Covenant of Mayors for Climate and Energy is the largest global coalition of cities and local governments voluntarily committed to actively combating climate change and transitioning to a low-carbon and climate resilient economy. Led by UN Secretary-General’s Special Envoy for Climate Action, Michael R. Bloomberg, and European Commission Vice President, Maroš Šefčovič, in partnership with local, regional and global city networks, the Global Covenant has thousands of city signatories across 6 continents and more than 120 countries, representing over 700 million people or nearly 10% of the global population. By 2030, Global Covenant cities and local governments could collectively reduce 1.3 billion tons of CO2 emissions per year from business-as-usual – equal to the emissions of 276 million cars taken off the road. Learn more at: www.globalcovenantofmayors.org

Around the world, C40 Cities connects 96 of the world’s greatest cities to take bold climate action, leading the way towards a healthier and more sustainable future. Representing 700+ million citizens and one quarter of the global economy, mayors of the C40 cities are committed to delivering on the most ambitious goals of the Paris Agreement at the local level, as well as to cleaning the air we breathe. The current chair of C40 is Mayor of Paris Anne Hidalgo; and three-term Mayor of New York City Michael R. Bloomberg serves as President of the Board. C40’s work is made possible by our three strategic funders: Bloomberg Philanthropies, Children’s Investment Fund Foundation (CIFF), and Realdania