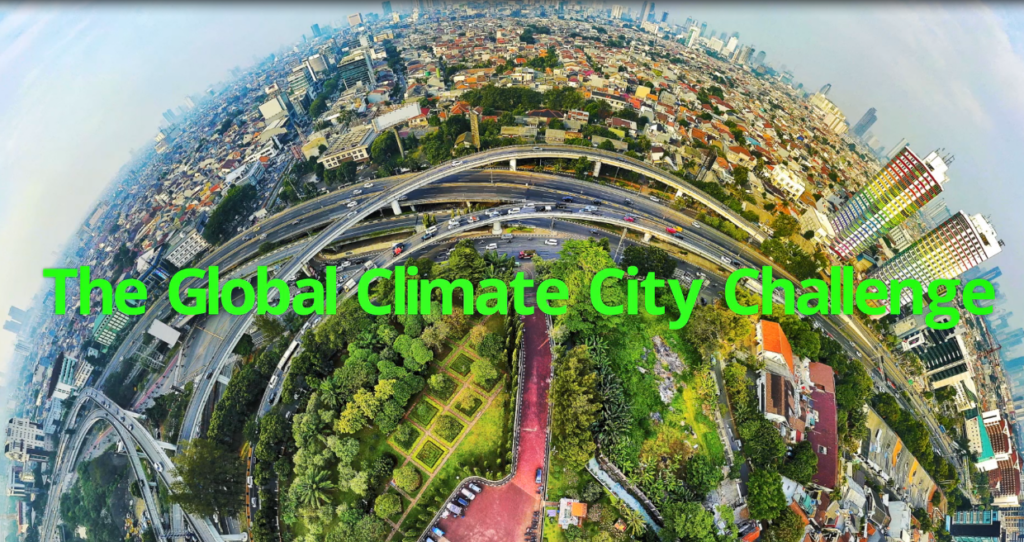 At the International Conference on Climate Action – ICCA 2019 – in Heidelberg, Germany, the Global Covenant of Mayors for Climate and Energy and the European Investment Bank have announced the 20 shortlisted cities of the Global Climate City Challenge.

Launched at the Global Climate Action Summit in San Francisco in September 2018, the Global Climate City Challenge aims to strengthen technical assistance and financing for climate action projects especially in cities in Africa, Asia and Latin America as well as the EU neighbourhood. Besides climate adaptation and mitigation, the support will help cities to create jobs while at the same time cutting energy bills, improving air quality, managing sustainably waste and wastewater and supporting resilience.

The Challenge received 145 project proposals from 103 local and subnational governments and 2 consortiums from 43 countries. The first round of 6 cities whose projects will be supported by technical assistance and financing will be announced at the UN Climate Action Summit in New York on 23rd September.

EIB Vice-President Emma Navarro, who is responsible for Climate Action and Environment, said: “The Global Climate City Challenge is a concrete example of EU leadership and international cooperation to deliver on the objectives of the Paris Agreement. We are excited to work with our partners and the cities that have applied, to build high-impact climate action projects around the world. The Challenge addresses the concrete demands for technical assistance and financing for climate action in cities. Bringing together expertise from the EIB, the Global Covenant of Mayors network, as well as ICLEI, C40 and GIZ, we will help to get projects off the ground and mobilise finance from public and private sources for investments benefitting local communities. We thank all the cities which applied”.

Maroš Šefčovič, Co-Chair of the Global Covenant of Mayors, Vice President of the European Commission, responsible for the Energy Union, said: “I am thrilled to hear that the Global Climate City Challenge received an impressive 145 project proposals from 43 countries around the world. Cities have an essential role in addressing the global climate challenge. Our joint initiative with the European Investment Bank and the Global Covenant of Mayors shows that Europe not only recognises this role, but is also ready to invest into exciting, innovative solutions. I am sure many cities around the globe will be inspired by the winning projects.”

Mohammed Adjei Sowah, Mayor of Accra, Ghana: “Access to finance is one of the most significant barriers that cities face in order to reach their ambitious climate goals. I am very pleased to see that such a variety of cities have been selected, and excited to see the city of Sekondi Takoradi, Ghana, as part of the 20 shortlisted cities moving to the next step of the selection process. This initiative, intended to mitigate the risks of climate change and enhance the impact of climate-related investment, will support cities in a way that would otherwise be challenging for them.”

Nanda Jichkar, Mayor of Nagpur, India: “While cities are at the forefront of climate action, there are many, especially small and mid-sized cities, that lack the resources. This collaboration between the Global Covenant of Mayors and the European Investment Bank is helping cities through financial support and technical advice. It will give climate ambitious projects the push they need to help cities turn their climate strategies into reality and meet the Paris Agreement targets. I am delighted to see that the Global Climate City challenge has successfully received many applications and that Surat, India, is among the 20 shortlisted cities.”

About the Global Climate Change City Challenge and call for cities:

The Global Climate Change City Challenge is a joint initiative of the Global Covenant of Mayors for Climate and Energy, representing over 9,000 cities from six continents, and the European Investment Bank, the world’s largest international public bank, and in collaboration with global and local city networks, including ICLEI – Local Governments for Sustainability and C40 Cities Climate Leadership Group. FELICITY, a technical assistance programme for low-carbon infrastructure projects in cities jointly led with the German Corporation for International Cooperation (GIZ) will also contribute to the Challenge. www.eib.org/GCCCC

About the European Investment Bank:

The European Investment Bank is the long-term lending institution of the European Union and is owned by the EU Member States. It makes long-term finance available for sound investment in order to contribute towards EU policy goals both in Europe and beyond. The EIB is active in around 160 countries. With USD 100bn of climate-related investment committed in the 5 years up to 2020 in support of the Paris Agreement, the EU Bank is among the world’s largest financiers of climate action and the environment.

About the Global Covenant of Mayors for Climate & Energy:

GCoM is the largest global alliance for climate leadership, uniting a global coalition of over 9,200 cities and local governments. The cities and partners of the Global Covenant of Mayors for Climate & Energy share a long-term vision of supporting voluntary action to combat climate change and towards a resilient and low-emission society. GCoM serves cities and local governments by mobilizing and supporting ambitious, measurable, planned climate and energy action in their communities by working with city/regional networks, national governments and other partners to achieve our vision. Led by UN Secretary-General’s Special Envoy for Climate Action, Michael R. Bloomberg, and European Commission Vice President, Maroš Šefčovič, the coalition comprises cities across 6 continents and 132 countries, representing over 800 million people or 10% of the global population. www.globalcovenantofmayors.org

The Global Covenant of Mayors for Climate and Energy 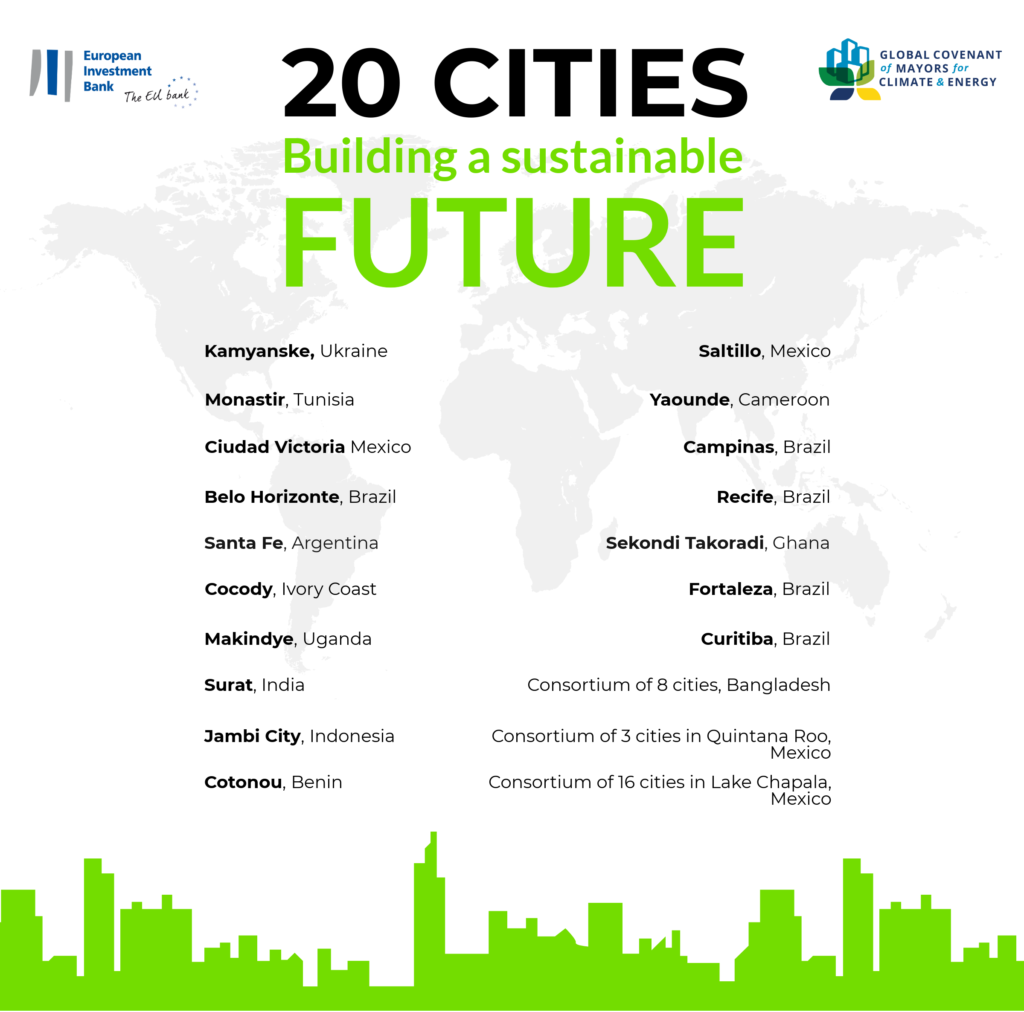