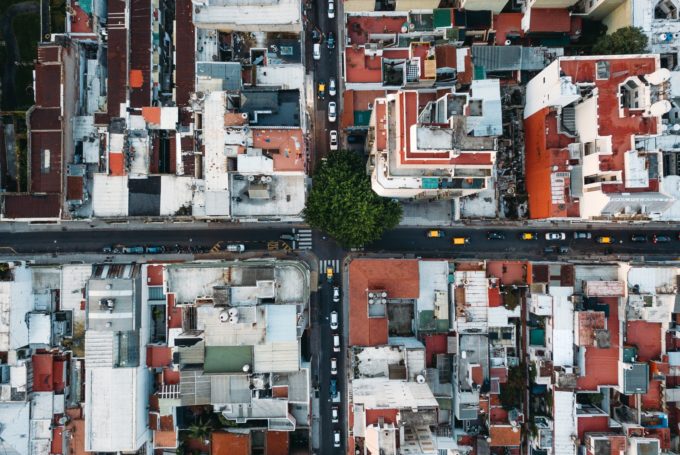 San Francisco, CA (09 September 2018) – As cities around the world accelerate efforts to meet their commitments to the Paris Agreement, new research from C40 Cities, The Global Covenant of Mayors for Climate & Energy and the NewClimate Institute, shows that ambitious urban climate policies can vastly reduce carbon emissions globally as well as effectively deliver enormous economic and public health benefits for cities.

Funded by Bloomberg Philanthropies, Climate Opportunity examines a number of effective urban solutions to climate change, including energy efficiency retrofits in buildings, enhanced bus networks, and district-scale renewable energy, and shows that these climate actions are strong drivers of positive public health and economic outcomes across countries and regions. Top findings show that:

“Climate Opportunity shows what the mayors of the world’s great cities have known for a long time: climate, public health, and a strong economy are deeply connected,” said Mark Watts, Executive Director, C40 Cities. “We need cities around the world to implement the bold climate policies detailed in this report, if we are to avoid catastrophic climate change. By demonstrating that these measures will also create green jobs, save lives and cut consumer energy bills, we are making it even easier for mayors, policy-makers and citizens to embrace the pace and scale of action needed.”

Launching at the same time is an online dashboard hosted on the Global Covenant of Mayors’ website that allows cities to tangibly use data from this report to plan how specific climate actions – such as improving bus service, retrofitting buildings, or implementing renewable energy for heating and cooling – can improve emissions, create jobs, and increase savings customized to a city of their size.

“Today we are releasing  an online dashboard hosted on the Global Covenant of Mayors’ website,” said Amanda Eichel, Executive Director, Global Covenant of Mayors for Climate & Energy. “This new tool will allow cities to tangibly use data from this report to plan how specific climate actions can improve emissions, create jobs and increase savings customized to a city of their size. With this ammunition we hope even more cities will make bold commitments to act joining the more than 9000 cities in GCoM.”

“Taking action to combat climate change is not only critical to meeting the goals of the Paris Agreement, but it is also an important way to address many other challenges that cities face every day,” said Patti Harris, CEO of Bloomberg Philanthropies. “Our hope is that Climate Opportunity will help policymakers in cities around the world show that taking steps to fight climate change is about so much more than reducing emissions. It’s about improving the health and prosperity of our cities’ residents and making progress for society as a whole.”

“Cities account for 73 percent of global greenhouse gas emissions, making large-scale climate action in urban areas an urgent focus of efforts to meet the highest goals of the Paris Agreement,” said Thomas Day, Partner at NewClimate Institute, who led the research. “While cities are already leading the way in emissions reductions by cutting energy usage in their buildings, transport systems, and industries, Climate Opportunity will give policymakers a compelling justification for climate action by illustrating the deep connection between climate and other urban priorities like public health, poverty alleviation, and economic growth.”

The release of Climate Opportunity comes just ahead of this month’s Global Climate Action Summit in San Francisco, a worldwide gathering of policymakers, scientists, businesses, and activists committed to the goals of the Paris Agreement. In the lead-up to the summit, C40 Cities and the Global Covenant of Mayors invited mayors to enhance their commitments to bold climate action, as part of the “One Planet Charter.”

About C40 Cities: C40 Cities connects 96 of the world’s greatest cities to take bold climate action, leading the way towards a healthier and more sustainable future. Representing 700+ million citizens and one quarter of the global economy, mayors of the C40 cities are committed to delivering on the most ambitious goals of the Paris Agreement at the local level, as well as to cleaning the air we breathe. The current chair of C40 is Mayor of Paris Anne Hidalgo; and three-term Mayor of New York City Michael R. Bloomberg serves as President of the Board. C40’s work is made possible by our three strategic funders: Bloomberg Philanthropies, Children’s Investment Fund Foundation (CIFF), and Realdania.

About the Global Covenant of Mayors for Climate & Energy: The Global Covenant of Mayors for Climate and Energy is the largest global coalition of cities and local governments voluntarily committed to actively combatting climate change and transitioning to a low carbon and climate resilient economy. Led by UN Secretary-General’s Special Envoy for Climate Action, Michael R. Bloomberg, and European Commission Vice President, Maroš Šefčovič, in partnership with local, regional and global city networks, the Global Covenant has thousands of city signatories across 6 continents and more than 120 countries, representing over 700 million people or nearly 10% of the global population. By 2030, Global Covenant cities and local governments could collectively reduce 1.3 billion tons of CO2 emissions per year from business-as-usual – equal to the emissions of 276 million cars taken off the road. Learn more at: www.globalcovenantofmayors.org

About NewClimate Institute: NewClimate Institute supports research and implementation of action against climate change around the globe. We generate and share knowledge on international climate negotiations, tracking climate action, climate and development, climate finance and carbon market mechanisms. We connect up-to-date research with the real world decision making processes, making it possible to increase ambition in acting against climate change and contribute to finding sustainable and equitable solutions. We are committed to delivering high quality results and workable solutions to the public and decision makers. We apply research-oriented, robust approaches, responding to on-the-ground realities. We seek to enhance and foster knowledge sharing and exchange with other institutions and individuals around the globe. Find out more on www.newclimate.org

About the Global Climate Action Summit: The Global Climate Action Summit takes place Sept. 12-14, 2018, in San Francisco under the theme “Taking Ambition to the Next Level.” To keep warming well below 2 degrees C, and ideally 1.5 degrees C—temperatures that could lead to catastrophic consequences—worldwide emissions must start trending down by 2020. The summit will showcase climate action around the world, along with bold new commitments to give world leaders the confidence they can go even further by 2020 in support of the Paris Climate Change Agreement. The summit’s five headline challenge areas are: Healthy Energy Systems, Inclusive Economic Growth, Sustainable Communities, Land and Ocean Stewardship, and Transformative Climate Investments. Many partners are supporting the summit and the mobilization in advance including Climate Group; the Global Covenant of Mayors; Ceres, the C40 Cities Climate Leadership Group; BSR; We Mean Business; CDP, formerly the Carbon Disclosure Project; the World Wide Fund for Nature; and Mission 2020.