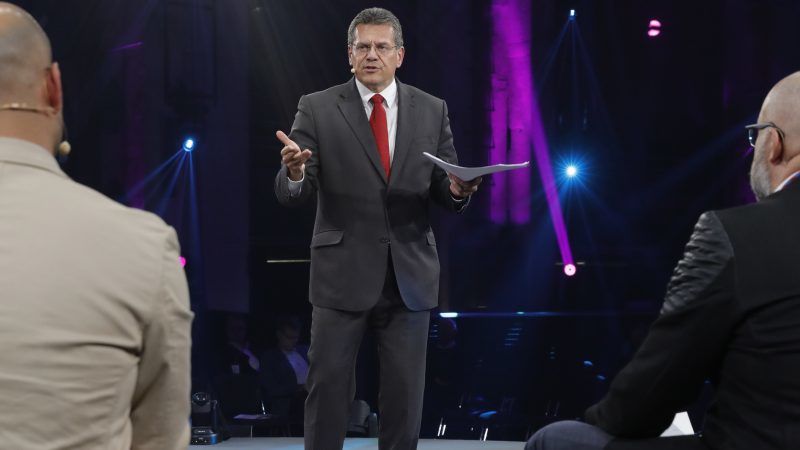 Maroš Šefčovič is the European Commission Vice President in charge of the Energy Union and co-chair of the Global Covenant of Mayors for Climate and Energy.

These days, Sweden and Denmark probably see the biggest concentration of global minds focused on clean energy innovation. The two countries – together with the European Commission – are hosting the third edition of Mission Innovation and the 9th Clean Energy Ministerial, respectively.

Our shared objective is clear: to accelerate the development of clean energy solutions to match the urgency of climate action. For the first time, mayors also have a seat at the table, recognizing cities’ indispensable role.

It is clear that we don’t have the luxury of decades to deploy new technologies if climate action is to outpace climate change. Their large scale deployment will require smart investments by governments followed by smart investments by the private sector. The roles of public and private actors, though different, are equally important. They complement each other.

Public investment has accelerated since the Mission Innovation’s launch in 2015. Its 23 members stretched across five continents – and representing 75% of the global CO2 emissions from electricity – are on track to double their clean energy R&D investment by the end of this decade.

Until now, we have seen additional $4 billion channelled into this field. The EU alone is set to step up its contribution by committing €10 billion through the Horizon 2020 programme during the five-year period.

It is significant. But it is not only about the amount of money that public actors put on the table.

We are very good at creating knowledge with money. We are, however, struggling to make money out of this knowledge. A big task is to bridge the so-called “Valley of death” to deploy new technologies at industrial scale and faster. In other words, we must shorten the time to market.

I believe that public-private partnerships are vital to achieving this leap forward. Especially as the private sector investment in clean energy innovation has stagnated. That is why we are discussing the ways to use public resources smartly to de-risk, leverage and incentivise private investment in disruptive clean tech.

We’re stepping up our game through the concrete initiatives announced this week, and among them, the initiative supporting innovators.

Drawing on a “Bold Idea” from the World Economic Forum, we are setting up a public-private co-investment platform for clean energy that would see the so-called business angels – pre-selected and trustworthy private investors – helping us decide where both, public and private investors should co-invest.

Moreover, during the Cleantech Capital Day, 30 innovative start-ups have a chance to pitch their project to a panel of investors. The EIB or Bill Gates’ Breakthrough Energy Coalition will be present.

During the so-called Hackaton, 60 young innovators and entrepreneurs, including students, are tasked with coming up with tech solutions to specific challenges faced by cities. The winning idea will be presented at the Smart City World Expo in Barcelona later this year to see how to scale it up.

Cities play a central role in accelerating widespread clean energy innovation. They have become incubators for new green technologies, often the first to dare implement them and test their impact. Just imagine areas such as e-mobility, energy storage, smart and efficient buildings or waste management solutions.

Therefore, I am glad that from now on, the cities dimension is on Mission Innovation’s radar, connecting the cities and innovation agenda. After all, it is estimated that by 2050, up to 70% of the world’s population will live in urban areas.

The Global Covenant of Mayors for Climate and Energy – a unique coalition of thousands of cities around the globe – is hosting a roundtable to galvanise cities-focused climate science. We need to address critical knowledge, data and innovation gaps in order to boost cities’ climate action.

Cities need more and better data – big and small – not only to provide insights into why and how climate change is happening but also to inform their climate mitigation and adaptation strategies.

The Innovate4Cities – a global climate action accelerator, which we are developing – will focus on some of the most critical areas to drive climate action in cities as well as provide local governments and practitioners with city-level data.

Some inspiration can be found in large-scale demonstration projects within the “Smart and Sustainable Cities” program, which have received €450 million from Horizon 2020.

Cities that participate in this program actively engage in public-private-people partnerships; they commit to open innovation and co-creation processes; in real-world conditions, they co-develop and test solutions combining digital, technological, social and nature-based innovation; they explore and develop new governance, finance and business models.

When these models turn out to be effective and attract private investments, they can be further replicated and upscaled.

I am convinced that it is this action at the local level that is going to help us meet the goals of the Paris Agreement.