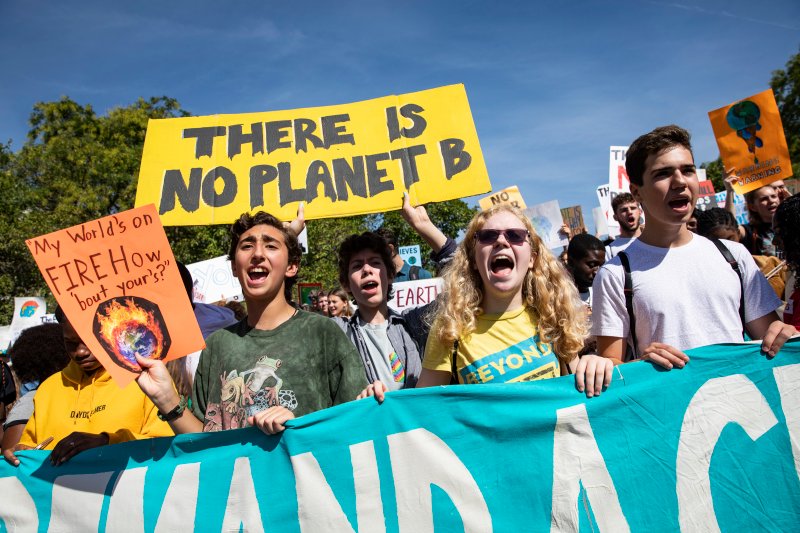 Thirty days after President Joe Biden’s inauguration, we celebrate the United States’ re-entry into the Paris Agreement, an important victory for the country and the world. As mayors united in our commitment to address the climate crisis, we recognize this enormous opportunity to raise global climate ambition, and together, invest in a sustainable and equitable future.

When Donald Trump announced his decision to withdraw from the agreement in June 2017, he said, “I was elected to represent the citizens of Pittsburgh, not Paris.” Pitting our cities against one another, he bartered away America’s leadership role on the world stage in an attempt to prop up a fading fossil-fuel industry at home. Four years after that consequential announcement, former President Trump’s allies in Congress continue to inaccurately claim that the Paris Agreement sells out hardworking Americans in favor of Parisians’ best interests.

Allow us to set the record straight.

We know that a global crisis requires a global solution, and that success is not a zero-sum game. As mayors of two major cities, we know that embracing climate action in line with the Paris Agreement is good for our citizens, our economies and the planet we all call home.

Clean-energy industries make up some of the fastest-growing sectors in the world, and in Pittsburgh, we are leveraging our industrial might and manufacturing muscle to become a leading incubator of digital technologies and renewable energy. In Paris, we are modernizing city infrastructure, adding bike lanes, expanding green space and reducing air pollution to make our urban communities more resilient, livable, and equitable.

And we are not alone. More than 10,000 cities have made bold climate commitments through the Global Covenant of Mayors for Climate and Energy. Mayors around the world are working together toward global solutions, sharing best practices and lessons learned, and coming together at events like the Justice4Climate initiative and Zero Carbon Forum in Paris to continue raising cities’ climate ambition.

Despite resistance from the last President and his Administration, a small army of American cities, including Los Angeles, Boston, New York, Washington D.C., Portland and Chicago, have enthusiastically joined the fight against the climate crisis. Recognizing the economic opportunity of climate action, and our responsibility to the global community, more than 3,900 American cities, states, businesses, universities and institutions stood up to reaffirm their commitment to the Paris Agreement, declaring, “We are still in.”

Now, to mark the United States’ return to the Paris Agreement, thousands of non-federal climate leaders are launching America is All In, the most expansive coalition of U.S. leaders ever assembled in support of climate action. This group will uphold the country’s commitment to the Paris Agreement and work alongside the federal government to not only meet but exceed existing U.S. climate goals and support a new, ambitious national target of reducing emissions 50% by 2030.

As the United States officially rejoins the global fight against the climate crisis, under the leadership of the Biden Administration, we stand at a critical juncture. The climate crisis is rapidly unfolding against the backdrop of the deadly COVID-19 pandemic. Amidst this once-in-a-generation crisis, it is more important than ever to cooperate with our allies and partners at home and abroad to protect public health and the planet. More than ever, we need the full support and participation of leaders from every country, region, state and city to meet the gravity of this moment.

Cities have been hit particularly hard by both the pandemic and the climate crisis. But cities may also be our greatest hope for a twin recovery. In response to the intersecting climate and public health emergencies, mayors have outlined a hopeful, ambitious vision for a green and equitable economic recovery. Instead of returning to “business-as-usual,” we should look at the pandemic as an opportunity to invest in green jobs, low-carbon public transit and better, more sustainable public services to carry us into the future.

Pittsburgh can’t win the day without Paris, or vice versa. Nor will cities succeed all on their own. It’s time for real partnerships between local and national governments in order to accelerate a green recovery. If all levels of government are working together, cities, both in the United States and around the world, can expand the scope and scale of climate action to make meaningful progress and finally deliver on the highest goals of the Paris Agreement for the benefit for everyone.