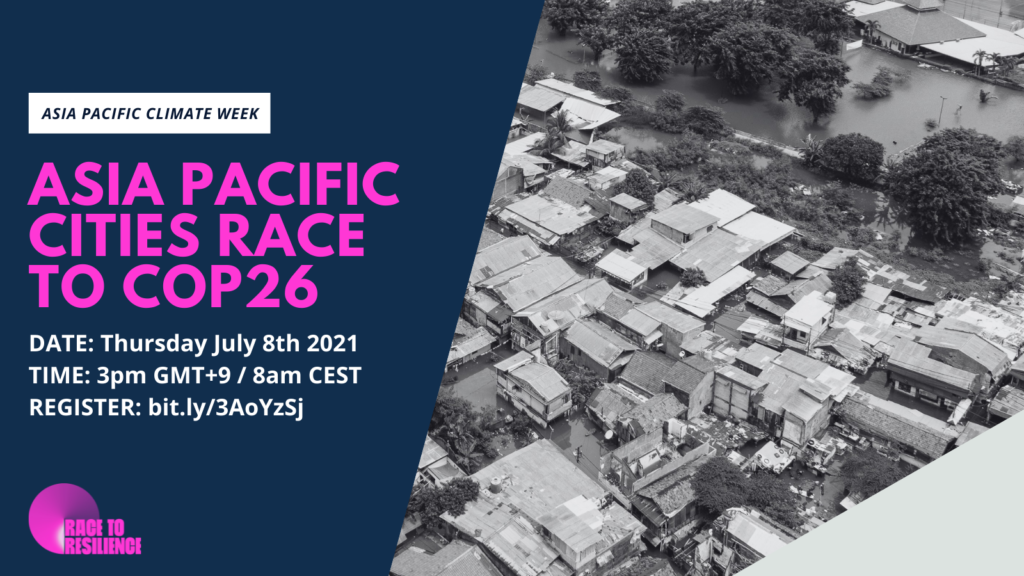 This event will provide an opportunity for Mayors to showcase their resilience efforts in line with the campaign as well as cities that have committed to reach net-zero by 2050 or sooner through the Cities Race to Zero Campaign. There are over 700 cities committed with a goal of reaching 1000 by COP26, but currently, there is limited representation from the Asia Pacific region. This event would provide an opportunity for cities from the region that have been able to make this commitment to share their commitment and the mechanisms that enabled them to do so.