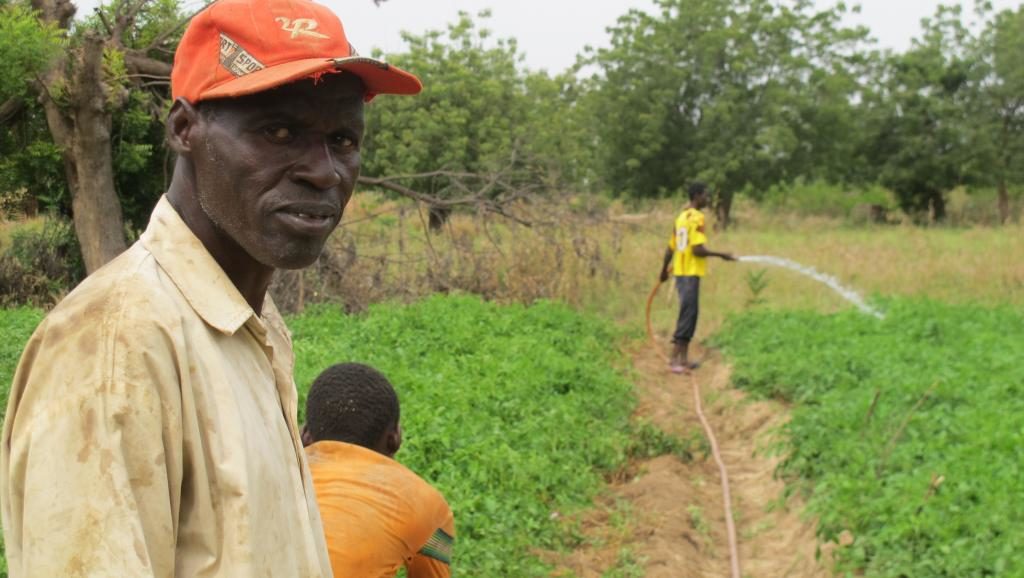 Its effects, notably severe flooding and heavy rains, have already devastated the west African city. The mayor in fact was forced to delay our interview due to renewed floods.

The deadly cyclone Idai that hit Mozambique, Zimbabwe, and Malawi is another example.

Fighting climate change “requires urgent and consistent action to mitigate the effects,” Sowah told RFI, suggesting the need for “well-thought out plans, which appreciate the specific risks, and which affect an area to inform both adaptation and mitigation strategies.”

In March, Ghana became the second country in the region after Senegal to launch a plan to help its capital withstand climate change and natural disasters as part of the 100 Resilient Cities global network.

One of the city’s 27 initiatives aims to reduce flooding by improving waste management.

“The key thing is to be able to provide a storage bin (…) to households and schools,” comments Sowah about a policy announced last week to make waste bins available to locals. So far more than 100 have been provided.

From Accra to Lagos

The mayor, who is hoping to make Accra the cleanest city in Africa, was recently appointed to the board of Global Covenant Mayors, an international coalition of cities and local governments combating climate change.

“We feel very excited because it gives us a global platform to learn from other developed cities and also to share our experience as a developing city,” he said.

In his new role, Sowah hopes to bring some of the issues affecting African cities to the forefront of global discussions, but argues that they first need to be identified.

“There is a need for every city to conduct an inventory as to what their causes of emissions are, as we have done in Accra,” he commented.

Waste, burning and “indiscriminate” dumping are all factors. There is also the transportation sector, adds Sowah, pointing to increasing congestion in Accra.

“The issues in my city could be picked up in Lagos, Nairobi or elsewhere. It is also important to align them with the Nationally Determined Contributions,” he insisted.

Ghana is among the African countries striving to meet the global climate agreement negotiated in Paris in 2015.

On Monday, South Africa too stepped up the pace, signing into law a carbon tax to cut emissions in the continent’s worst polluter by two percent, drawing cautious praise from environmentalists.

Yet, while there is growing momentum for phasing out fossil fuels, Africa is caught in a dilemma because of its need to boost development, and electricity for many homes still plunged in darkness.

Up until now, communities have often resorted to unsustainable methods such as slash and burn farming, which consists of cutting down trees for firewood.

Can the continent reconcile the fight against climate change and development?

In Ghana, “we have reduced the use of firewood as an energy source; to the extent that we even export energy to our neighbouring countries,” says Sowah.

Elsewhere in places like Zimbabwe, which is leading the drive towards renewables, plans are in place for a 300MW solar power plant.

“To go green, Africa can harvest solar energy because it enjoys a whole year of sun,” says Sowah, “we have a good opportunity to go green better than even some European countries,” he predicts.

European nations are also embracing the so-called green wave, as shown by the parliamentary elections, which saw the Greens double their vote to become the second largest party in Germany.

However, the United Nations warns that Africa faces the greatest risks from climate change despite the continent accounting for just five percent of global greenhouse gases emissions.

To reduce the inequality of climate change, Sowah calls for a global approach.

“Climate issues are local but its impacts are universal.”

He refers to the example of electric cars, which are becoming a regular feature in Europe and America.

“While we applaud their aggressive efforts to use electric cars to curb emissions,” the benefits are wiped out if they then “export their second hand vehicles to Africa,” he regrets.

“When this is done, you have not solved the issues of climate change. You may have dealt with the subject matter in your area but the impacts affects us globally,” he said.