City Story
Back to Overview 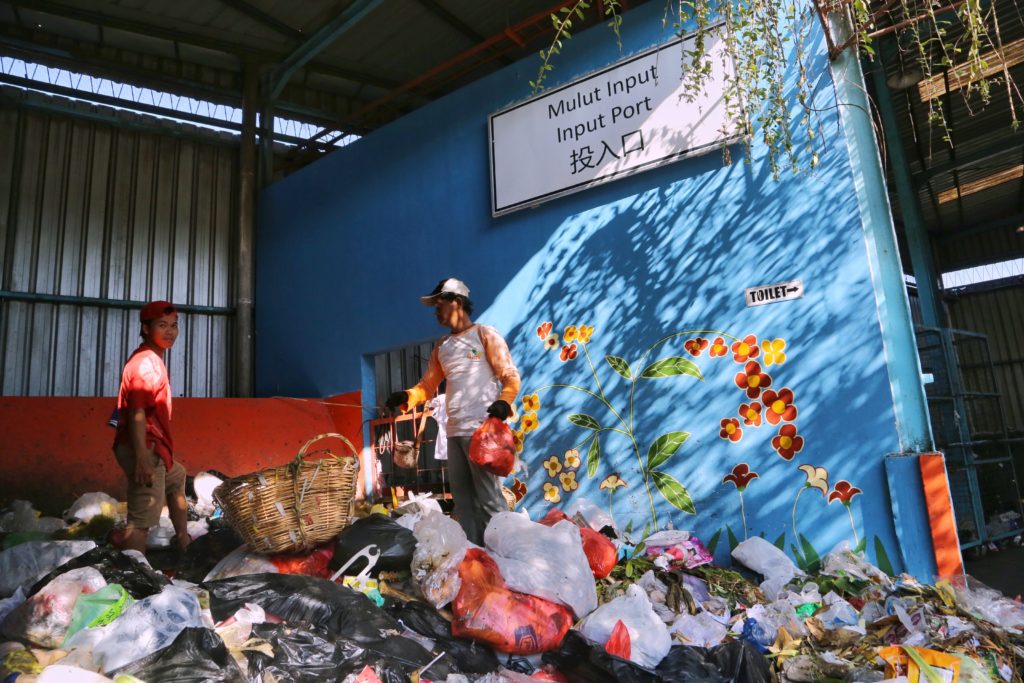 In the space of just over a decade, sustainable waste management became part of the fabric of Surabayan city life. Here’s how.

In the space of just over a decade, the Indonesian city of Surabaya went from having a systemic waste problem that threatened human health and the environment to an international example of innovative waste management.

Effective solid waste management is considered to be one of the most serious environmental challenges for cities in developing countries, and Surabaya was no exception. Located in the Island of Java, Surabaya is Indonesia’s second largest city.

The combination of massive and rapid urbanization of the area and improper waste management infrastructure led to a multitude of challenges that were not only detrimental to the environment, but to the overall wellbeing of the city’s residents.

At its peak in 2001, Surabaya was producing 2000 tons of solid waste per day. Littering, drainage clogging, and the burning of refuse meant this densely populated city was feeling the effects of an insufficient waste management system- quite literally on their doorstep.

In 2004, Surabaya began tackling their waste problem head on. Their initiatives fell into two broad categories: 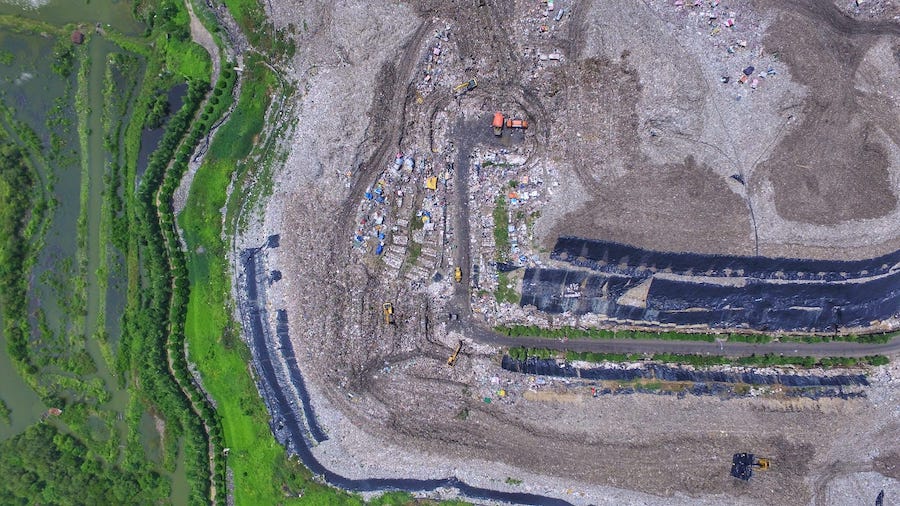 Surabaya began with community initiatives to reduce the amount of garbage produced. To do this, the city cooperated with Japan’s Kitakyushu International Techno-Cooperative Association (KITA) to provide quick, low-tech and inexpensive means of household composting. By 2009, the city boasted over 19,000 composting baskets and 14 composting centers.

Surabaya then sought to incentivize trash sorting even further with the introduction of waste banks in 2008. These banks encourage residents to sort their refuse by allowing them to sell their recyclable materials. Surabaya now has over 180 waste banks.

Then, in 2013, the city partnered with the Japanese waste company Nishihara to establish the first waste sorting “Super Depo.” Not only is this depot reducing the total amount of landfill waste, it is also creating jobs and cost less to construct ($150k) than the existing landfill on the island ($6.5m).

The waste bank regularly welcomes students from neighboring schools, and profits of the bank go towards greening initiatives.

These initiatives had a dramatic impact on the amount of landfill waste in Surabaya, but none of this could have been achieved without the willingness of the local community. 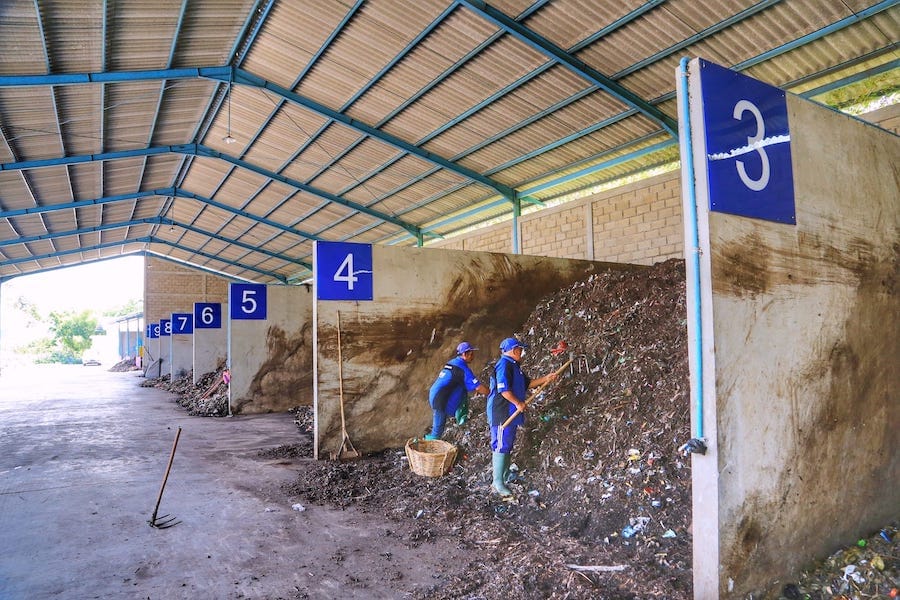 These initiatives were paired with the Surabaya Green and Clean Program, that mobilized the 9000+ neighborhood associations to directly involve local citizens in the process: through education, awareness-raising and community-building activities on waste management.

The program taught residents how to sort organic and non-organic refuse, and how to make use of waste applying the principles of Reduce, Re-use, Recycle. Participants received a free composting basket- which was very popular among locals, generating a small movement.

At the same time, greening and tidying initiatives were brought to Surabayan neighborhoods. Combined with the improved facilities and waste-sorting incentives, the heightened sense of community pride meant that street-dumping has been nearly eradicated.

Surabaya is a case study in the benefits of cooperation, both with the private sector and other cities: thanks to their longstanding cooperation, Surabaya and Kitakyushu (Japan) became green sister cities in 2012.

The community-driven focus of this movement for change was instrumental in Surabaya’s success: the spirit of more sustainable waste management is now very much part of the fabric of city life for Surabayans. 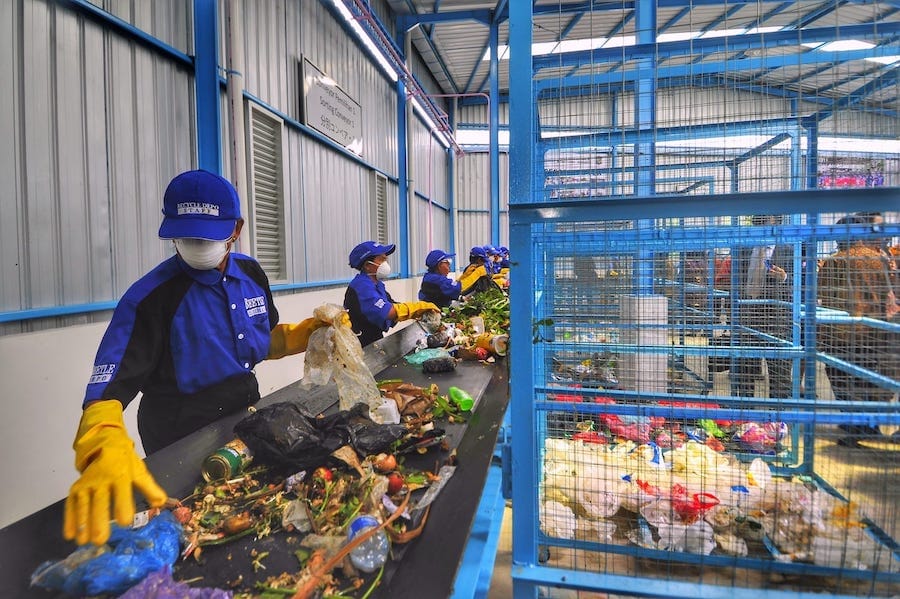